How to select and use Spinning bike?

First, Who is suitable for practice spinning bike?

Spinning bike originated in the United States are well received in the country and are favored by people aged 20-35. Generally 15-50 years old are suitable, but in some countries this campaign can be no age limit, suitable for all athletic people.

As long as the dynamic cycle for their own body size can be, age is not a matter, spinning for fitness, weight loss, plastic, etc. have a more obvious effect. In general, there are more female users. At present, the people who choose spinning bike in China are more is the age group of 20-35, and mostly young white-collar workers (young people love beauty and health, young people are easy to accept new things).

Second, Who is not suitable for practice spinning bike? 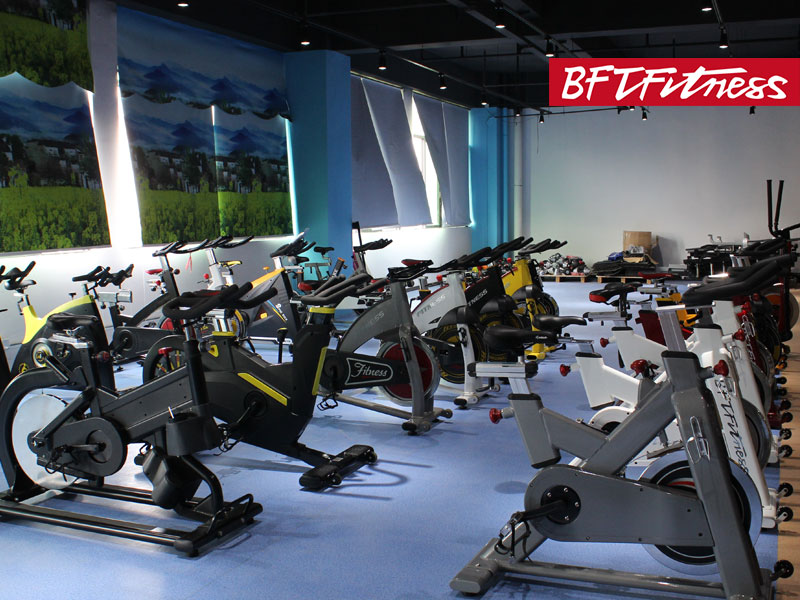 1. people with knee injuries do not ride, because the knee during the entire ride a large friction, coupled with high-intensity pressure, it is easy to form a potential injury in the course of the future will be gradually reflected in the movement.

2. heart disease and hypertension patients are also best not to participate, so as to avoid the danger of high intensity training. Although, spinning is a progressive large-load aerobic exercise, can make the heart and lung function and multi-part muscles get adequate exercise.

3. overweight people try not to ride, one is easy to knee injury, the second will feel breathing difficulties, because the rhythm of spinning is quite fast, and a considerable amount of exercise.

4. There is no restriction on the age. However, at home, it is generally not recommended for people over 50 to take an active cycling lesson. Of course, an undeveloped child can not ride.

Third, What part of body that spinning bike to exercise?

The quadriceps (thigh muscles on the front of the thigh) play an important role in cycling as they push the leg and knee vigorously each time you step down. The gluteus maximus (on the buttocks) engages in movement as you paddle your foot through the lowest point of the circumference. The rear leg muscles (located on the back of the thigh), which are used when you bend your knees as you stroke the foot. Moreover, the process of using the pedal to draw a circle, each time after the lowest point to the back plan, the most able to reach the posterior leg muscle when pulling up.

The effect on the calf depends on where you place your foot on the foot: If you place your forefoot on your foot and step on a circle, your lower leg exercises much more effectively than placing your heel on your foot. If the middle of the foot on the foot pedal, the practice effect is only moderate. The posterior leg muscles (located on the dorsal side of the calf) will continue to transmit the force generated by the quadriceps on the front of the thigh and the posterior leg muscles on the back of the thighs through the soles and toes, especially when the pedals are drawn to the lowest point closest to the ground , Best able to reach the calf muscle.

Riding a spinning bike helps to create a smooth, fat-free belly because the abdominal muscles are able to exercise while riding.

The body's core muscles can be exercised while riding, the core muscles are the back and abdomen muscles that help your body to sit while riding. The correct riding position can exercise to the core muscles: straight back, do not shrug, abdomen, this ergonomic posture, to avoid fatigue and sports injuries, but also to maximize the use of the leg muscles. 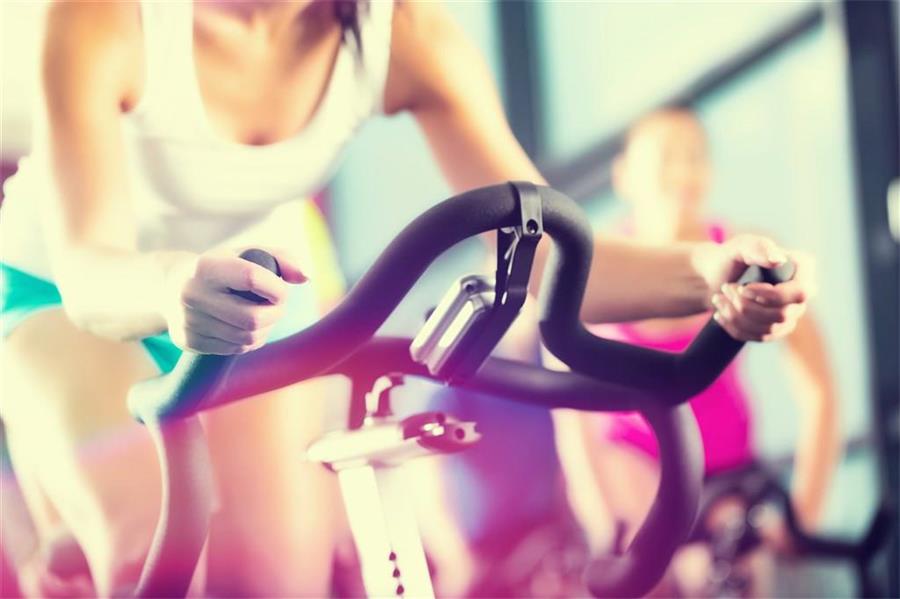 Four. How to select and buy spinning bike?

1.the Body of spinning bike

There are many types of dynamic bicycles currently on the market, the structural design of the body also has its own practice, such as X-type design, double fork in the center, V-shaped design ... .. and so on, in fact, pay attention Is the design itself is able to load the weight of the people evenly dispersed, so that the body can ride relatively stable without shaking, for the spinning cycle itself is also relatively low damage, in simple terms, the pipe is an easy comparison, the more Thin tube carrying capacity is naturally poor, on the contrary thick square tube or oval tube natural bearing capacity will be larger, ride stability is better, while the oval tube in the design sense of the more sense of processing difficulty Larger, naturally will be the first choice! Users in the trial ride can also feel the shaking situation to do simple judgment.

Flywheel should pay attention to the part, nothing more than its material and weight, the material generally divided into two kinds of iron and aluminum. Most of the flywheels in the market are mostly iron castings, and the more advanced flywheels use aluminum to design the flywheel.

The resistance of the iron flywheel and the aluminum flywheel is different from that of the brakes.

Resistance brakes are made of cast iron spinning, most of the spinning are the use of friction to form the resistance and braking, but can not be avoided will produce a certain noise, easy to cause the resistance wheel wear, and the friction used The gasket material is also important. The general material is nothing more than a few: the material of the brake pads are divided into two kinds of rubber, wool felt and leather, rubber gasket material cheaper, although the same can achieve the desired effect, Large, long-term use easy to form some traces of scars on the spinning, less recommended. Needless to say the skin is more advanced but are supplies, fixed time to be replaced. Resistance brakes are made of cast iron spinning, we must pay attention to maintenance issues, spinning is very easy to sweat exercise to avoid rusting of iron products.

This brake resistance system design, the industry should be regarded as the latest control methods.

Magnetic control system is the use of magnets and aluminum metal contact surface produces so-called eddy current and resistance, the greater the contact area of ​​the eddy current into the resistance becomes stronger. This braking resistance method does not produce any friction caused when the crumbs, and no matter how much the resistance adjustment, almost no stampede bicycle friction brake pads and friction sound, the operation is quite smooth.

Some manufacturers designed magnetic control system is the use of magnets and [iron] spinning, although it can produce similar results, but because the iron contact with the magnet for a long time, will produce the possibility of degaussing, and later can not adjust the resistance and Braked. 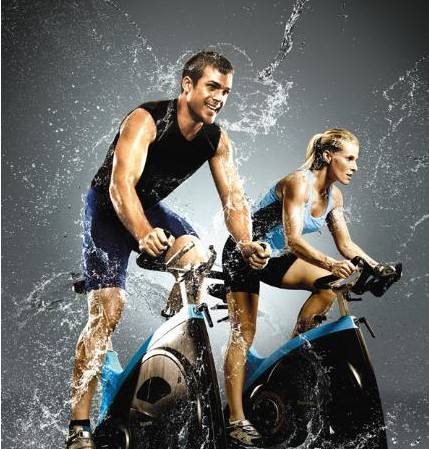 Fifth, how to use spinning bike?

First adjust the seat height, usually this height to stand on the ground, lift the thigh and the level of the ground level prevail. Second, adjust the distance between the seat and the handle, about the length of one arm.

2. the increase or decrease of resistance

First, shoelaces stuffed into shoes, according to the size of their own feet to adjust the bicycle cycling boots.

Elbow restrained, do not expand outside. Tip: warm-up when riding with a bit flat, while climbing two or three bits.

Given the slight forward lean throughout the ride, the pressure on the shoulder joint is so great that it is necessary to stretch the shoulder joint. Hold the handlebar with both hands, legs apart, the upper body bent forward, try to get the body closer to the direction of the ground.

7. increase the resistance when going uphill

Legs to withstand greater strength, the beginning of the upper body leaning forward, and then need to leave the seat to allow the whole body to rotate the wheel, then exercise the focus of the thigh and calf muscles. Downhill when the resistance can be transferred to the minimum, basically no burden on the legs, easily stamped on the pedal, his hands off the handlebar, upper body straight, hands open stretch, like to breeze and hug the same.

Curved, the upper body must be with the leg with the exercise to achieve the overall effect of reducing fat, simulating a sharp turn, his hands clenched the handlebar, the upper body to the left and right sides to explore out, the basic deviation from the body center of gravity, with the waist strength to control the upper body range . On the regulation of resistance, Cher suggested that we look at the article "how to regulate the resistance of spinning is correct," to study in detail.

After exercise we can do 5 minutes of relaxation exercise, can make our body lines become more beautiful and beautiful.

How much money is needed to opening a gym centre with full machines?
Come to BFT Fitness for professional gym equipment or design
Dismantling Spinning Bike - What does it look like?
The Best Combination Commercial Gym Equipment
best gym equipment company from china
Rowing Machines - How To Choose The Best Rowers
About The Women's Gym In India--Fitness Equipment
Georgian Customers Opens A Gym With BFT Fitness Equipment
How to Start Your Fitness Studio / Fitness Center / Gym Business
Why choose bftfitness equipment