Indian customers came to China to import gym equipment. They talked on the Internet several times before. This time they went to the factory and experienced our products in the field. After seeing the strength of the factory and testing our fitness equipment in the exhibition hall, they were relieved and purchased. A variety of cardio and strength gym equipment. 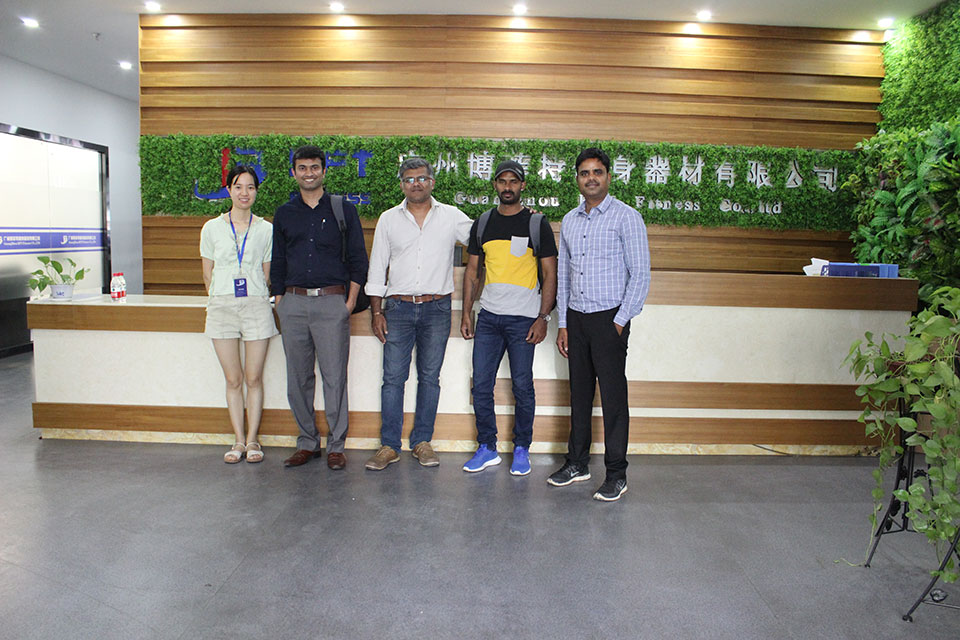 Republic of India (Hindi: भारत गणराज्य; English: Republic of India), referred to as India. Located in South Asia, it is the largest country in the South Asian subcontinent. The northeastern part of the Territory borders Bangladesh, Nepal, Bhutan and China. India is one of the fastest growing countries in the world, and its economic growth rate is eye-catching. If measured by the same purchasing power, India's GDP in 2011 was 4.457 trillion US dollars, ranking third in the world with Japan, second only to the United States and China. BFT Fitness hopes to cooperate with the Indian people in the future to contribute to the cause of human health.