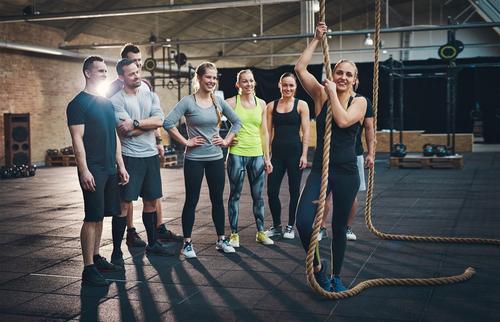 Every day, I’m crying to lose weight. Have you ever tried to do aerobic exercise with gym equipment? But the fat hasn’t lost much, and muscles have started to lose! First of all, we must first understand that fats are divided into: fatty acids acids), triglycerides, phospholipids and steroids. Fatty acids in the human body are composed of three molecules of fatty acids and one molecule of glycerol. The way is stored by the body. Most of the triglycerides in our body are stored in fat cells, and the rest is stored in the muscles and liver.

In addition, the utilization of triglycerides will be through lipolysis to form fatty acids and glycerol. Fatty acids can immediately become energy sources for muscle contraction or other tissues and cells, and glycerol will be used by the liver to synthesize glucose. Reduce sugar consumption.

How is fat released? The speed at which fat (triglycerides) in our body is released from fat cells is quite slow even when the body is exercising. Normally, fat is mainly stored in white fat cells in the body. It is necessary to convert these fats into fatty acids for use by muscles and tissue cells.

First of all, appropriate exercise stimulation must be given to allow sympathetic nerves to secrete catecholamines (such as epinephrine and norepinephrine, etc.). Catecholamines stimulate ß3 receptors in white fat cells. At this time, one of the enzymes is adenylate cyclase. It activates and synthesizes cyclic adenosine monophosphate. Then, the enzyme that breaks down fat into fatty acids is also activated, turning fat into fatty acids, which becomes a source of energy for muscle contraction or other tissue cells.